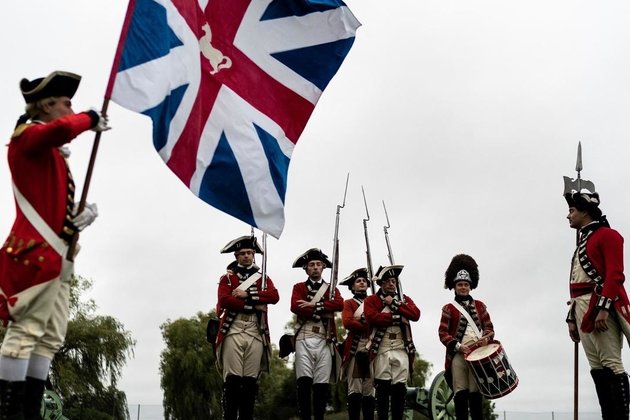 Napoleon Bonaparte's Anglophobia stretched back to his days as an obscure young Corsican at French military academies. After his stupendous rise to Emperor, it was the British who smashed his navy at Trafalgar and exiled him to St Helena after the Duke of Wellington's victory at Waterloo. FRANCE 24 looks back on Napoleon's antagonism against the country he cast as "perfidious Albion".

Napoleon Bonaparte's French Empire was crumbling in 1813 after his disastrous invasion of Russia. The Sixth Coalition - of Britain, Russia, Prussia, Austria, Sweden, Spain and Portugal - was ranged against him. He ordered the French people to refer to Britain as "perfidious Albion", making this ancient insult common currency.

The first major British victory against Napoleon's forces came when the Royal Navy under the iconic Admiral Sir Horatio Nelson sank the French fleet at the 1798 Battle of the Nile - trapping Bonaparte's expeditionary force in Egypt.

Nelson capitalised on the Royal Navy's dominance of the Mediterranean with his spectacular victory in the 1805 Battle of Trafalgar off the southwestern coast of Napoleon's then ally Spain. Nelson was fatally wounded by a French musket shot as 27 British ships took on 33 French and Spanish ships. The Royal Navy lost none of its fleet; 22 Franco-Spanish ships were destroyed. Nelson's victory ensured that Napoleon was unable to mount an invasion across the English Channel.

After invading Portugal in 1807, Napoleon turned against his Spanish ally the following year - forcing King Ferdinand VII to abdicate and installing his brother Joseph Bonaparte in his place. Britain intervened, safeguarding Portugal from Napoleonic forces and using it as a platform to aid Spanish in guerrilla attacks on his army.

The decisive win in this Peninsular War came when the British commander, then Lieutenant-General Sir Arthur Wellesley, Marquess of Wellington led British, Spanish and Portuguese troops to victory in the 1813 Battle of Vitoria.

The Sixth Coalition invaded France and forced Napoleon to abdicate in 1814. Wellington was elevated to Duke in honour of his victorious Pensinsular campaign. The following year Bonaparte escaped from his Elba exile, swept into France and went back on the offensive. The Duke of Wellington and Prussian Field Marshal Gebhard Leberecht von Blücher stopped him at Waterloo - "the nearest-run thing you ever saw in your life", as the Duke famously described it - and the British consigned the diminutive titan to their isolated south Atlantic outpost St Helena.

FRANCE 24 discussed Napoleon's enmity and defeats against Britain with historian Andrew Roberts, author of the acclaimed biography Napoleon the Great.

The historian J.E. Cookson has described the change from fighting revolutionary France to fighting Napoleon as one in which "a police action against a revolutionary regime had become a war of national survival". How did this process unfold for Britain?

That quote is an excellent summation of the problem that Britain faced after the Brumaire coup of 1799, because from having a rather moribund government with a brilliant general in Napoleon Bonaparte, suddenly you had an extraordinarily energetic French government under that same general - who really changed everything when he became First Consul that year.

It put the British government in a much more difficult position that it was in hitherto, when it just thought it could keep the Revolutionary Wars like the proverbial one between the whale and the wolf, where the whale - the Royal Navy - couldn't really damage France, but the wolf in control of the land - France - couldn't really damage Britain either. But suddenly you had the real danger - certainly from 1802 to 1805 - of a French invasion. Napoleon only needed to have one day of good weather and a bit of luck in the English Channel, and had he landed any kind of extensive army in Kent or Sussex, he'd have been in London within a week.

What explains Britain's military success - especially that of the Royal Navy - against the indubitable military genius Bonaparte?

It was really down to training. The Royal Navy had to stay at sea for 90 percent of the time when it was blockading Toulon and Brest and various other French ports (and Spanish ports when the Spaniards went into the war on Napoleon's side in 1805). So you had these ships in Nelson's navy that were at sea pretty much all the time.

They also had more gunpowder and more shot. After having spent so long at sea blockading France, the Royal Navy's training meant that it could fire broadsides twice as fast as the French navy. That's the real explanation for why you don't get any significant French naval victories in the Revolutionary or Napoleonic Wars.

And for all his genius in so many areas, Napoleon had a lacuna really when it came to sea fighting. He didn't really understand the difference between leeward and windward - and though he was born on an island, Corsica, he didn't really recognise that you couldn't just assume that a larger number of ships in a fleet engagement was going to win. He wasn't close to admirals in the same way that he was to his marshals with whom he went on campaign.

What kind of tactics did the likes of Nelson and Wellington use to defeat Napoleon?

When he was fighting both in the Peninsula and Waterloo, Wellington was fighting coalition warfare - and that was tremendously important and played to his strengths. He was fluent in French; he admired the Portuguese and the Spanish, especially their regular forces. He had a natural affinity as a coalition fighter. The Napoleonic Wars could not have been won - rather like the Second World War - without the invasion of Russia going very badly. But where Britain was able to add value was these attacks on the periphery - that's what we were very good at.

One important area - and this started very badly in the Napoleonic Wars, but they got much better at it - was the co-operation between the army and the navy. You also find that there was a great overhaul in 1808-09 by Prince Frederick, Duke of York, who is in many ways under-appreciated by history. Although he wasn't a very good general - he was of course the grand old Duke of York who had 10,000 men - he was an extremely able administrator. The army he put in the Peninsula was updated; it had an element of meritocracy to it; it was paid regularly and so on. And the Duke of York requires a real pat on the back for everything he learned during the Napoleonic Wars.

With regard to Nelson, the strategy he used at Trafalgar was rather like the one used by Admiral Sir George Rodney at the Battle of the Saintes [a major British naval victory over the French in the Caribbean in 1782 during the American War of Independence] where you split your forces into two and attack your enemy at right-angles.

But the wonderful thing about Nelson was that he was always on the offensive. He understood that being on the offensive was a huge advantage in and of itself in the age of fighting sail. And if you look at what he did at the Nile where he managed to get his forces on both sides of the French fleet at Aboukir Bay - before fighting a different kind of action at Copenhagen [an 1801 British victory against the Danish fleet] - he was able to mould his strategy according to the wind direction in a completely brilliant way.

What both Nelson and Wellington did was to use the circumstances to their advantage.

For Napoleon, Britain was famously "perfidious Albion" and a "nation of shopkeepers". As you noted in Napoleon the Great, this animus against the British was already evident in Bonaparte's youth - what accounts for it?

When he went to Angers and Brienne as a military academician, he was taught by people whose major formative influence was the Seven Years War. And of course the French had been absolutely trounced by the British in the Seven Years War. So he grew up very much in an atmosphere of Anglophobia.

Although it's well worth pointing out that when he met individual English people, certainly when he was at Elba, in campaigns, in the run-up to the Battle of Waterloo, he got on well with them.

He met well over a dozen English people. He was very friendly with Lord John Russell [subsequently a Liberal prime minister, who as a young man visited Napoleon] when he was at Elba; [prominent Whig politician and fan of the French Revolution] Charles James Fox was another example.

Napoleon liked English people when he met them; he just obviously didn't when he thought of them en masse. 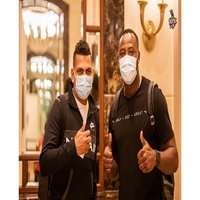 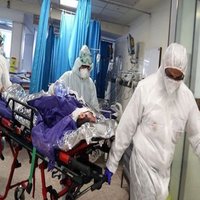 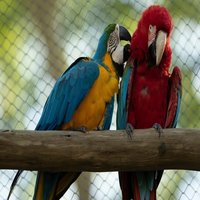 China Turns to Naturalized Players to Save World Cup Hopes

Latest count of confirmed COVID-19 cases worldwide at 1500 GMT, May 10

Latest count of confirmed COVID-19 cases worldwide at 1000 GMT, May 10

Latest count of confirmed COVID-19 cases worldwide at 0500 GMT, May 10

Latest count of confirmed COVID-19 cases worldwide at 0000 GMT, May 10

No CPL for Trinidad and Tobago Extra 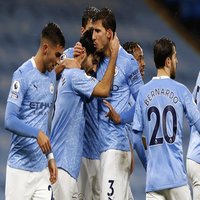 All Blacks withdrew proposal to play Springboks in Dubai - report

MAD Lions, PSG Talon finish 1-2 in Group B at MSI

101 carat diamond to be auctioned in Geneva jewelry sale

Editorial: Australia should be in China's crosshairs if war breaks out

Broadway tickets on sale for first time since Covid lockdown